Although robots were originally developed to do difficult tasks that can pose risks and hazards to humans in the manufacturing industry, Industry 4.0 is transforming robots to perform tasks with high speed, greater precision, and greater accuracy than their human counterparts. As a result, robotic technology is an ongoing trend in the manufacturing and supply chain industries.

There’s no doubt that robot adoption in the manufacturing industry is on the rise. Factories in manufacturing sectors around the world are already implementing robots in production, inspection, picking, warehousing, and logistics processes.

In fact, the latest World Robotics Report 2021 of the International Federation of Robotics (IFR) reports that 517,385 industrial robots are installed in various factories around the world. The demand for robots is continuously increasing.

With this in mind, how do robots actually impact manufacturing productivity?

Throughput is one of the indicators of plant productivity —  robots can maximize throughput since they finish certain tasks faster at a consistent rate.

For example, the historic automotive company General Motors (GM) was one of the first manufacturing plants to benefit from robots. Their productivity significantly increased in 1961 when they utilized the first industrial robot called Unimation Robot in their car production process — it can perform over 90% of the spot welding process on GM car exteriors and other parts, significantly speeding up their production.

Currently, the demand for food robotics is on the rise. According to a Vantage Market Research report, there’s a strong need for increased productivity in food manufacturing. It was also reported that the Global Food Robotics Market value in 2021 is $1,842.5 million and will reach $3,795.4 million by 2028. Over the forecast period, the Global Market will grow at a compound annual growth rate (CAGR) of 12.80%.

The International Trade Administration of the USA discussed the impact of robots on productivity growth. According to them, the number of hours employees spent working decreased by 2.7% with an increase in industrial robot density of 1% with robot adoption.

As a result, many factories are incorporating robots into their production system to achieve higher productivity with shorter cycle times — they speed up the manufacturing process, showing that higher output demand is achievable.

Robots and robotic process automation (RPA) are some of the most effective operational cost-cutting strategies, and manufacturers’ bottom line benefits from them. They can use the profits to invest in innovations and value-added activities to increase productivity, or to improve labor productivity through incentives or wage increases.

Here are some of the ways in which robots reduce operational costs:

Manufacturers invest in their employees — beginning with the hiring process and later with training and salary. Since manufacturing plants need new workers almost every year, a hefty sum is spent on worker wages, training, and benefits such as severance, retirement, health, and insurance. Training time also involves a soft cost, with veteran workers taking time away from their work to train new associates.

In 2016, Foxconn, an electronics company supplying parts to Apple, Samsung, and Amazon, reportedly installed 10,000 robots. While Foxconn deployed robots in their production line to do the repetitive tasks that were previously done by their workers, they also stated that robot implementation enabled their workers to do higher value-added elements in the manufacturing process.

This demonstrates how robots can take care of mundane, repetitive tasks, and allow human workers to focus on creative tasks that require a human brain. With robots taking on the physically tasking work, employee retention rates go up thanks to improved ergonomics for associates.

In addition, the COVID-19 pandemic impacted the productivity of most industries and highlighted the importance of robots in overcoming issues such as labor shortages and a lack of skilled workers.

Energy consumption contributes greatly to a factory’s operational costs. Most robots do not require the use of basic utilities such as fans, air conditioners, or lights to function — this feature helps in reducing energy consumption costs.

In addition, there are energy-saving robots such as those used by the Nike factory to produce shoe parts. These robots use static electricity or electroadhesion to produce parts in 50 seconds.

As part of Industry 4.0, the smart factory is promoting sustainability. Robots, with the aid of AI and the Industrial Internet of Things (IIoT), are one of the key players in making smart factories energy-efficient.

A smart factory like Infineon offers energy-efficient and sustainable components, products, and solutions for machines including robots. Since one of their missions is to make life greener, their manufacturing processes are also energy-efficient and environmentally friendly, making use of technology, machines, and robots. Infineon utilizes Collaborative Robots (Cobots) and AI robots in their manufacturing.

Waste, according to lean manufacturing, is anything that is non-value-adding — in manufacturing operations, that includes transportation waste, inventory waste, motion waste, waiting time, overproduction, overprocessing, and defects.

Reduced waste leads to increased productivity. As a result, many factories are implementing various improvement strategies to reduce and eliminate waste — such as maximizing manufacturing technology via robot adoption.

Here are some ways in which robots reduce and eliminate waste:

Robots help to reduce downtime in production since they, sometimes with help from staff, carry out the given assignments in an efficient manner. It’s even possible that robots (with the help of built-in maintenance algorithms) can predict the life expectancy of equipment. Manufacturers can use that information to accordingly schedule maintenance and avoid downtime.

Autonomous mobile robots (AMRs) are improving the efficiency of material transportation within manufacturing facilities. They are intelligently programmed and equipped with cameras and sensors so they can move around the factory floor safely and accurately. Idle time can be avoided because an AMR works consistently based on its program. Aside from downtime, manufacturers optimize robotic features to prevent common accidents, including from vehicles such as forklifts.

As a result, robots not only reduce the number of defective products but also eliminate the need for additional processes — such as reworking and sorting.

A simple example where robots eliminate some processes in the production process is evident in the automotive industry. The process of picking and handling heavy items or materials requires a lot of manual labor, along with additional equipment. However, a single robot can pick up heavy items at once.

Increased manufacturing productivity is making room for more innovations that will make other manufacturing tasks easier. In industry 4.0 — where smart factories are emerging — standard processes in manufacturing plants are continuously being transformed, and robots are becoming more useful. For over 30 years, Eric Whitley has been a noteworthy leader in the Manufacturing space. In addition to the many publications and articles Eric has written on various manufacturing topics, you may know him from his efforts leading the Total Productive Maintenance effort at Autoliv ASP or from his involvement in the Management Certification programs at The Ohio State University, where he served as an adjunct faculty member.

After an extensive career as a reliability and business improvement consultant, Eric joined L2L, where he currently serves as the Director of Smart Manufacturing. His role in this position is to help clients learn and implement L2L’s pragmatic and simple approach to corporate digital transformation.

Eric lives with his wife of 35 years in Northern Utah. When Eric is not working, he can usually be found on the water with a fishing rod in his hands. 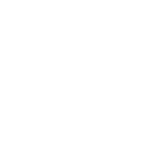